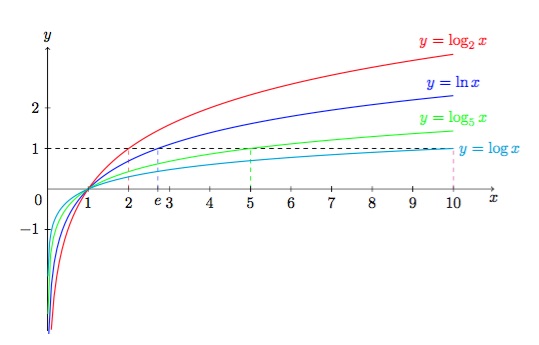 “Incentive” ? English term for an incentive measures. Incite: to lead, invite, push to an action or a behavior.
The aim of the vaccine incentive is to encourage people to get vaccinated.

Herd immunity as soon as possible: a major challenge

80% of the population must be vaccinated in order to achieve herd immunity. A massive and sustained vaccination is needed. Reaching a large part of the hesitant ones and people who do not feel concerned (question of time, money, distance) is key. These days medias talk about a glass ceiling: we might never reach the required vaccination coverage because of an asymptote curve which tends towards the objective without ever reaching it. How to ethically shift a significant portion of the population (20-25%) to vaccination in a short period of time while facing the threat of a 4th wave and variants?
The French Academy of Medicine avoids the question of incentives, even though it has just taken note that the required vaccine coverage is not achievable in due time, despite a decrease in vaccine defiance. The opinion of the Academy is clear: progressive, mandatory vaccination.

Need for a citizen debate

As soon as the subject of incentives is raised in response to an open question from a journalist that there is an outcry from people who want to nip the debate in the bud pretending that talking about incentives would give grist to antivaxxers. To deprive civil society of debate for fear of conspirationnists is just giving them power and break democracy.
Once the debate has been launched, mentalities must also evolve in order to get out of the framework of “experts” educating citizens who have not been involved beforehand; a debate is all the more necessary as the Academy of Medicine takes this radical position of mandatory vaccination which is likely to be poorly accepted.

They can have various forms. If we limit incentives to a measurable, financial value, the following have proven to be effective for Covid vaccine: cash, vouchers, holiday pay, free/discounted tickets for recreational events, lotteries, tastings/drinks/meals, free rides to the vaccination center, which can be placed in an attractive location that usually charges a fee. Free “vaccine defiance” counselling are also suggested to break down barriers.
To ensure that considered incentives are adapted to the audience, it may be useful to define a typology of target populations with incentives adapted to each of them, for example by means of surveys or barometers as implemented in the United States with the KFF Covid-19 Vaccine Monitor, which reveals 3 groups (“wait and see”, “only if required”, “definitely not” groups). One can also take into account age groups to apply targeted incentives.

Risk linked to the economic value of the incentive
It is important to clearly define the purpose: it is not a question of remunerating the act of vaccination but of tipping the decision in the right direction by a measured and appropriate “nudge”. This principle should help defining the limits of what an incentive can be in practice, so that it remains an incentive and not a payment. It makes it possible to rule out from the outset the valid argument often put forward that it is not acceptable to “buy” the act of vaccination. Indeed, a disproportionate economic value of the incentive could be perceived as an offer that cannot be refused, a “purchase” whose lure is gain, compromising the value of informed consent to vaccination, which should relate only to the benefits and risks of the vaccination itself from a medical and public health point of view.

Risk linked to the persistence of the incentive
There is no question of introducing an economic incentive scheme linked to any vaccination beyond the current Covid-19 issue, or which could be generalized to other health areas. The temporary nature of the measure, justified by special circumstances in the context of a pandemic with vaccination coverage objectives within a defined timeframe, must be explained in a clear communication campaign so the public can become aware that this is an exceptional measure.

Let’s not have a false argument, let’s avoid false oppositions

Some have raised objections on cultural grounds to be incompatible with the French public health approach, which is to educate the population about health and not to provide economic incentives. In this race against the clock, the time factor is prominent in the balance between the time for communication and education on the one hand and the time for urgent vaccination on the other; while being aware that the incentive, once set up, should not obscure this education which will remain largely necessary for Covid vaccination, especially since it could require regular booster shots. A Covid-19 incentive is therefore a different short-term topic from classic health education with different objectives, timeline and means.

Again, since the beginning of the Covid-19 pandemic, under the influence of conspiracy theory, the debates are very Manichean, which distorts them. Arguments and ideas are put in opposition, in a refusal or an incapacity to consider the complexity of the world. Some see a contradiction between the altruistic nature of vaccination to protect the community, and individual incentives. Inciting a citizen’s gesture does not compromise the nature of this gesture, if of course the incentive is presented as a thank-you or a gratification for this contribution.
Indeed, a recent study published by the University of Oxford shows that the most effective way to motivate individuals who are strongly opposed to vaccination is to emphasize messages that focus on personal benefit.

Successful incentive experiments exist. One example is a rigorous scientific study in Kenya that used SMS reminders coupled with a small monetary incentive to wait for the 15% of the child population that is inaccessible to complete vaccination coverage.

Let us therefore launch this debate respectfully and inclusively with civil society actors, without pitting ideas and groups against each other in a Manichean way. Let us avoid false debates and let us be rigorous in our arguments.
And let’s not forget: an unprecedented and exceptional situation requires exceptional and temporary measures. Some countries, faced with a tight squeeze between the “vaccine peak” and the reasonable deadline for reaching herd immunity, have opted for incentives, in a creative way and with proven success. Our ability to adapt in this pandemic is critical. Measured and adapted incentives, likely to sway the decision in the right direction, are perhaps the lesser of two evils compared to mandatory vaccination, which could definitively alienate part of the population and increase defiance in the short term, preventing us from achieving herd immunity as a major public health objective, but also in the long term.

Transcript of Prof. Raoult’s speech in YouTube video dated June 1, 2021 “What about hydroxychloroquine and Mrs. Bik?”